I'll get to the markets & the portfolio in a moment...

For instance, the month of September- just a few days away at this point - has always made me think of stock market weakness. When I think of periods of time where my portfolio drained down quickly, because of corrections or volatility or bear markets - September and October are the 2 most painful months of the calendar year that come to mind.

I've mentioned the name of Mark Hulbert, a columnist at Marketwatch.com, in previous articles and videos. I like that he uses statistical analysis to break down the often-wrong biases and memory shortcuts we all  have about the stock market.

As he notes, the idea that September - sometimes called the September Effect - is typically a weak month for the stock market...is one of those biases. It doesn't hold up when subjected to hard statistical analysis.

That does not mean the stock market won't fall in the coming month. It just means that it's not a regular repeating pattern.

I encourage you to read his columns. I've been reading them for years.

So the reason why September seems like a hard month...is because we remember the painfulness of those occasions when the market went down - and tend to forget about all the other years where September was uneventful or a positive month for our stock portfolios.

That's the thing about the stock market - and the potential danger, the trap for us as investors...

We're used to thinking in terms of patterns and cycles, that things that happened in the past will continue to happen in a certain way in the future.

Just when we think we've got the market figured out, sooner or later the pattern or cycle changes. That's where we get ourselves into trouble if we don't learn how to adapt quickly.

Turning to the Markets...

Last week was a good one for the overall market. To me, the most significant part was the action in the Russell 2000 small cap index.

To me, the best possible outcome for the overall stock market as we head into the fall would be a slow-motion rotation, where institutions move some of their money out of the major FAANG-type stocks and into small and midcap companies.

Obviously there are potential risks, too.

The other future possibility is what traders call a "breakout fakeout" - where an index (or individual stock) breaks to new highs, drawing in lots of eager buyers - and then falls back to earth.

I lean towards a bullish outcome for a variety of reasons. But it's always good to keep in mind less-positive alternative outcomes as well.

Now on to the portfolio review...

I added this position Friday as a Bonus Buy Alert...

I wrote plenty about Signature Bank's growing business taking in deposits and assets denominated in bitcoin and various stablecoins.

The key part of the whole thesis is really this part though:

As you can see from the table below, SBNY has strong earnings growth. In fact, despite its focus on crypto, it's trading at a valuation (a P/E level 17) that's not much higher than a standard run-of-the-mill bank.

The hidden rocket fuel for many stocks is when Wall Street decides a company deserves a higher valuation level.

With a p/e of 17, that's roughly the same as Wells Fargo or Citigroup. Yet Signature's deposit base and earnings are growing at a much faster pace thanks in part to its focus on cryptocurrencies.

So part of the bet here is that Wall Street will, sooner or later, decide that SBNY deserves a higher p/e ratio.

As it turns out, Signature Bank finished Friday's session at its highest closing price ever. So maybe, just maybe, that process is about to commence with a sustained breakout to significantly higher stock prices. My target, as stated in Friday's writeup, is $450 in the next 6-12 months.

Everspin reported strong quarterly earnings a few weeks ago - much stronger than analysts expected. Despite the great news (this was back on August 12), the stock just sort of laid there.

All that changed on the last 2 trading days of last week, with very strong trading volume:

I had know idea we'd see this kind of breakout when I drew everyone's attention to this stock with my Monday article, but it's nice when it happens!

As previously noted, the big story on this company is not just its next-generation 'spintronic' memory chips, but also that it's turning itself into a profitable company with rising positive cash flow.

So it has the best of both worlds...a great 'narrative' or story - and is already well along on its path to profitability.

Array is the world's largest manufacturer of "solar trackers" - the precision high-powered motors that slowly turn massive arrays of solar panels to keep them aligned with the sun as it moves across the sky.

The company makes motors that turn the panels on a single axis (basically pivoting them from west to east). But Array also makes "2-axis" motors that can also simultaneously tilt panels north or south.

I remain convinced that Array is in a slow-motion trend higher.

There's an old traders' saying that "gaps are made to be filled" on a chart. I anticipate ARRY is in the process of "filling the gap" left back in May when the company reported a disappointing earnings result because of spiking steel prices.

At that time, ARRY also struck a deal with Nucor Steel - a major producer of steel from recycled scrap - to insulate itself from inflated steel commodity prices.

The stock could get an additional boost in coming weeks or months as the US Infrastructure Bill wends its way through the rest of its legislative journey to the White House for the president's signature.

Last week the company announced its latest purchasing contract, this one with the Miami, Florida police department.

The stock has had a mild pullback from $8 since early this month. The stock could do very well indeed this fall if we see continued resurgence in small cap stocks in the broader market.

Our favorite COVID vaccine maker - up nearly 200% in the portfolio since March - has come under the gunsights of short-sellers in a bigger way of late:

It's nothing new really. The company's been a target of the shorts since last fall as the stock began its climb in anticipation of FDA preliminary approvals of the COVID vaccine.

In the short-term, it may well keep a lid on the stock for a while.

But the reason I'm not worried is two-fold.

COVID-19 - in one form or another - is going to be with us for a long time to come apparently.

Yes, MRNA may well see additional competitors bring their vaccines to the global market (and therefore run the risk of having to cut its sales price - something bearish analysts have been noting of late).

On the other hand, I'm not sure how many people (or national health authorities making the purchasing decisions) are going to be jumping up and down in joy at being able to buy a cheaper (and largely unknown) vaccine. They want the best vaccine, and one they can trust

The other thing with Moderna... analysts are still increasing their estimates of how much money the company will bring in.

The "spaghetti chart" below shows a timeline of analysts raising their profit estimates for MRNA over the past year.

Basically, Moderna is heading into the "sweet spot" of its earnings growth over the next 18 months.

If analysts continue to raise 2023 estimates (the orange line on the chart) in coming quarters, it gets tougher and tougher for analysts to somehow make legitimate claims of a company with an overvalued stock, or that earnings are about to peak and precipitously decline.

The other thing about a rising "short position" on a stock - if the shorts get it wrong, it acts as "rocket fuel" for the stock in question.

Think about all the doubters regarding Tesla's success. Tesla's climb from a $70 stock two years ago to a $700 stock today...was built on the backs of short-sellers who kept thinking "it can't go any higher" without considering additional factors that might be in place.

Sentiment about oil prices appears to be turning. I thought this comment from the head of commodities research at Goldman Sachs pretty summarizes what I've been telling you for a while now:

All that should mean good things ahead for Valero (VLO) as a key player in a part of the market with the largest bottlenecks - oil refineries creating fuel to meet gasoline and kerosene (jet fuel).

This remains an ideal time to buy an old-school energy stock like Valero, with a nice pathway toward higher stock prices as we move past the Delta variant surge over the next month or two, and as the US & global economy continues to rebound.

Whenever someone sees a stock surging higher, there's a natural reluctance to buy. Typically, the refrain is usually "I'll wait for a pullback."

Well, here's the chance to buy a robotic surgery tech company that's in the early stages of gaining customers, and whose stock is, in fact, "pulling back."

As I've noted in past updates, Stereotaxis reported good results in its August earnings report, but not quite good enough for analysts with higher expectations.

But lately, even those analysts are realizing how beaten-down the shares are since the start of the month:

I've included an "Awesome Oscillator" in the chart above. One can always wait for the oscillator to move back above the zero line with the expectation that the start is finally switching from a downtrend (the current situation) to an uptrend.

Wrapping up our last 4 stocks...

I'm watching Trulieve Cannabis (TCNNF), off 27% in the portfolio, see if it can mount a rally in the coming week - after going sideways over the last few weeks - especially if we see the Russell 2000 small cap index and similar companies continue to gain ground.

Sandstorm Gold (SAND) - down about 9% in the portfolio - could be about to "storm" back into positive territory in coming weeks. I say that because the price of gold has rebounded strongly to nearly $1,900/oz. since August 9 while most gold mining stocks are just starting to show signs of bottoming.

Rada Electronics (RADA) - Our "drone detection" defense stock, down 6% in the portfolio, may be in the process of turning higher with the rest of the small cap companies 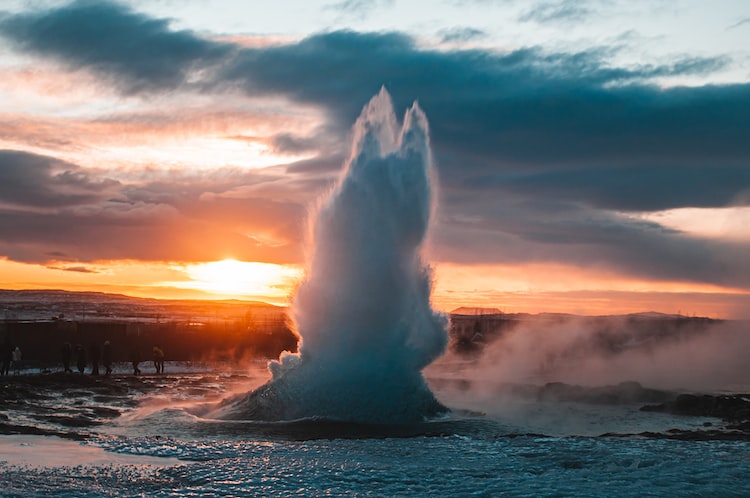