I wanted to weigh in briefly on the market. At the bottom of this article you'll find a synopsis of our portfolio positions as well.

I've been warning in the past few weeks that we might see additional weakness, and the idea of 'raising cash' in our accounts isn't a bad idea. Hopefully we're all prepared on that score.

But on days like today, it's easy enough to succumb to the same degree of panic as other investors.

If it's necessary to sell some shares in order to sleep at night, especially with stocks where we have losses (and own more shares than we should relative to the size of our portfolios) - we'll we've all been there.

But the only way to build long-term big triple-digit gains in individual stocks is to stay invested, either a little or a lot, in those positions.

The other thing to keep in mind, regarding taking drastic portfolio actions...

2. After big knee-jerk selloffs like we're experiencing today, it doesn't take much - a comment from a senator after the closing bell, for example, signaling openness to a compromise or some change in political strategy - to turn the market on a dime.

I'm not saying this is going to happen.

I'm just trying to point out how the market, in times of stress, tends to become like a rubber band - stretching out in one direction, then ricocheting back in the other.

If you know enough to expect that, you're in a better position to choose your time and place for buying or selling, instead of letting the folks on CNBC or social media make that decision for you.

I made this point in Sunday's update.

Whatever happens today or in coming days, or whether your steadfastly bullish or suddenly fearful of an extended correction...

It's a rare bull rally in the past 50 years that just sort of rolls over and falls off the cliff. The odds say we'll see another run towards the old highs sooner or later - and you'll be in a better position then to decide if you want to adjust your exposure to specific stocks or the markets in general, rather than in the current market climate.

4. Big corrections are how markets change leadership, with new winners and new losers.

On days like today, I'll spend time just watching for which stocks are down a little, and which are down a lot. One session won't tell us much. But over a period of weeks or months, the market gives off clues about new potential winners - stocks that seem to bounce back quickly, or seem to barely flinch in the face of stormy squalls of selling like today.

Moderna (MRNA) is down about 16% from last Friday, including 7% so far today. So much for the "imminent breakout" I expected a week or so ago, right?

If the market weakens further in coming days, it will likely take MRNA down further as well.

So this is one of those situations where, if I already owned a lot and had a profit, I'd be perfectly comfortable trimming the position and cashing in some of those profits.

If I had only recently entered the stock and now find my position underwater, I'd be monitoring my exposure. For example, in past downturns MRNA has fallen as much as 40%.

If a decline of that size means I can't sleep at night...I'll sell what's necessary until I can.

While I still expect MRNA to hit $600 and higher in the next 12-18 months, the last few days is a reminder that the market is a fickle master. It's the unfortunate nature of the game.

Valero Energy (VLO) is up about 1% today, giving us a 9% gain in the portfolio.

The fact that this stock (and most energy stocks) is up today indicates to me that there's money rotating into this sector. These stocks will go much higher, in my opinion.

Just keep in mind that - if the Nasdaq suddenly shot up tomorrow in a huge one-day relief rally - I have no doubt that VLO would sell off to some degree. So it's more like a 2-steps forward, 1-step back sort of dynamic.

Signature Bank (SBNY) broke out yesterday to a new all-time high (as interest rates - as represented by the US 10 Year Treasury Note - surged higher). The stock added to those gains today. We're up 6% on the stock.

Everspin Technologies (MRAM) is down a fraction today; we're up 8.4% in the portfolio on this one.

We're dealing with unknowns with the market, always. But today's weakness is a great spot to add to a position like this one, geared as it is toward next-generation memory chip technology and with a high-profile customer like Lucid Motors (LCID).

Array Technologies (ARRY) is down about 1% this morning. But the stock is performing the way I like - in the midst of heavy selling elsewhere, it's still trading above yesterday's lows.

Even if it falls further should the Nasdaq's correction move to a more serious level, it shows that someone is buying it on weakness. That's a pretty good clue for a company beat analysts' profit estimates by more than 300% back in August.

Stereotaxis (STXS) is down 4% today; our loss is about 16% in the portfolio.

When I look at this stock, I'm so excited about the future. But of course, it's depressing when the shares lose steady ground as it has since August.

I'm expecting the company to announce big positive news events before year-end on the status of its new robotic catheter product, as well as expanded manufacturing capabilities and more sales of its robotic surgical suites to hospitals.

But in between now and then, the share price could fall further of course. So this is another example of a position where - if I owned a too-large position bought at the summer highs around $9-$10 - it's perfectly fine in my opinion to trim up one's exposure to something more tolerable.

Wrap Technologies (WRAP) is down a fraction today; we still have a 2% gain in the portfolio.

I can see this stock continue to drop until the $5.70 level or so (its support level back in May). If the Nasdaq lurches lower though, I don't doubt that WRAP could take another close look at the $5 level.

The stock built something of a potential bottom in recent days. For what it's worth, I'm impressed that the stock is down only slightly amid today's big Nasdaq selloff.

As a maker of military-grade drone detection systems, RADA is firmly in teh defense sector.

Defense stocks are out of favor, but when the overall market turns dicey, defense companies often get a better reception from investors, who like they're steady revenue and predictable profit growth.

We'll get through this together! 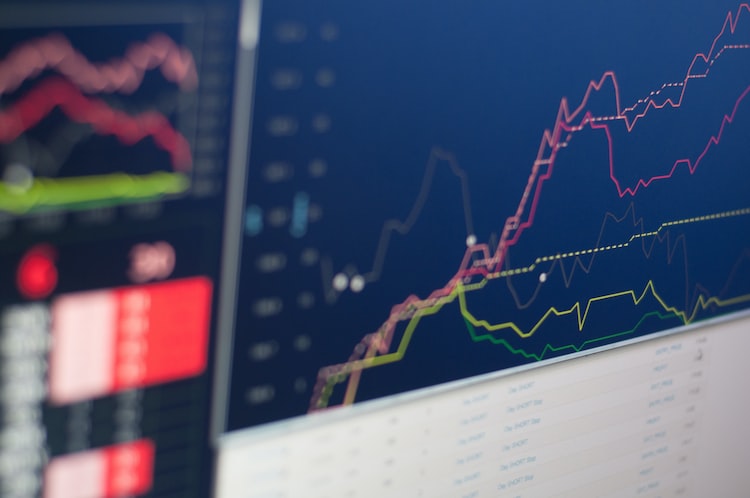 My View on Yesterday's Fed Meeting 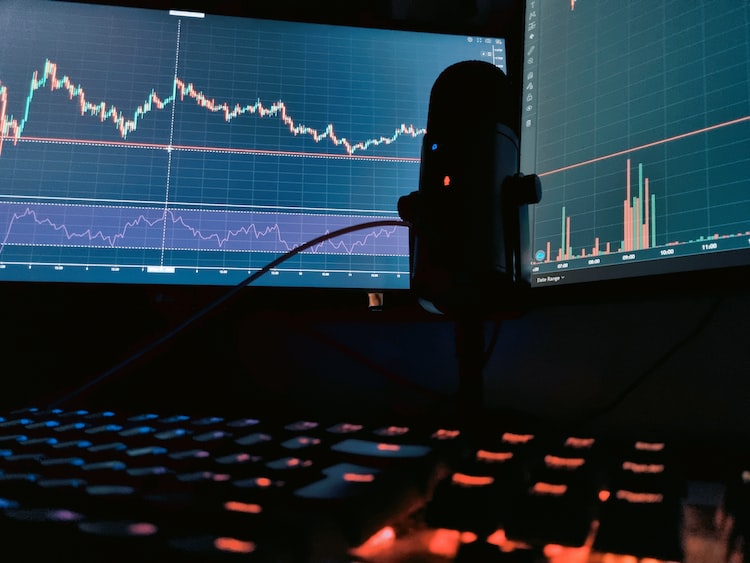 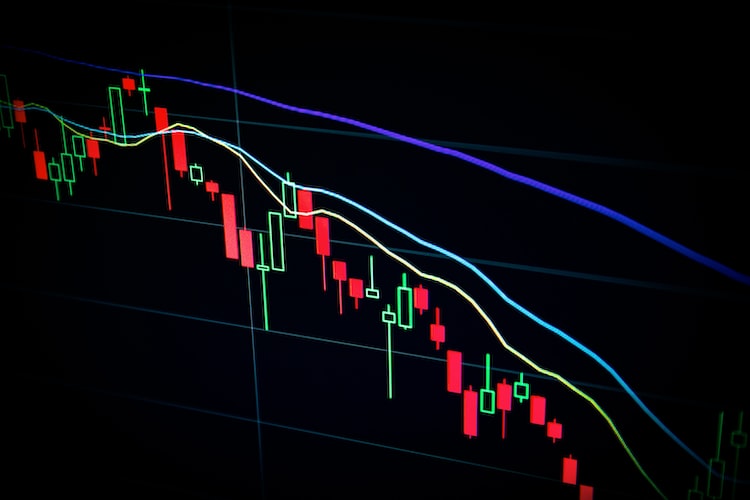 Portfolio Update: Ugly End to the Week, But.... 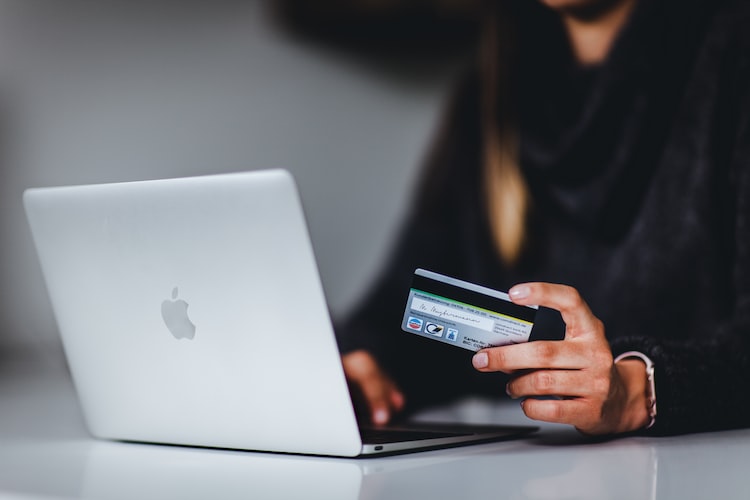